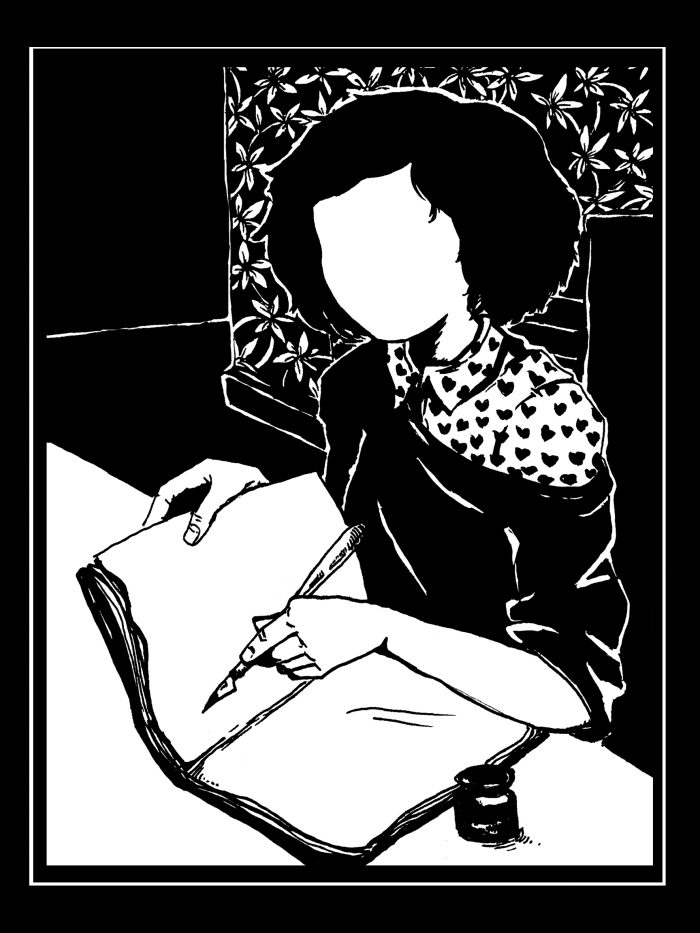 Currently working and living in Rotterdam, the Netherlands
Graduated in 2005 as a Bachelor of fine arts at the Willem de Kooning Academy

Whether she is writing and drawing her own short comics or basing them upon songs or stories of others, she is always searching for new ways to tell a story through images. Her first graphic novel adaptation ‘ The healing of the Cricket’ ( De genezing van de krekel) written by Toon Tellegen is published in march 2019 by Querido.

Autonomous:
Her most recent work displays a gravitation towards philosophical observations of the human identity with a clear fascination for when the psyche fails us as a single being or as a group. Not only is she fascinated with the current state of affairs but she also explores how these ideas and observations were explained in older times. This gives a classic and timeless feel to her paintings and drawings. Although confronting at times, her work not only functions as a mirror for modern society but also displays a lot about the mind of the author herself. She translate this in her paintings, drawings and comics. In 2012 she decided to quit with oil painting for a while and more focus on inkdrawings.

Editorial:
Specialised in different techniques and styles she is able to form the illustration to the wishes of the client, resulting in a wide variety as found in her portfolio. Her background as an animator comes into play when making designs for interactive media, like the app A Distant Journey, based on a story of Toon Tellegen.

Collaboration:
In 2014 she started a collaboration with Bruno Ferro Xavier da Silva under the moniker of Trompette de la Mort. They focus on making large scale ink drawings but have worked together on murals as well.

Her project a Distant Journey ( Een verre reis), an interactive storybook based on story of Toon Tellegen has been awarded multiple times. She has received a special mention of Bolognaragazzi digital award 2017, Golden Guppy 2017 (Cinekid), Bronze and Peoples choice Lovie Award 2017.

The works on this website are copyrighted © by Gwen Stok.